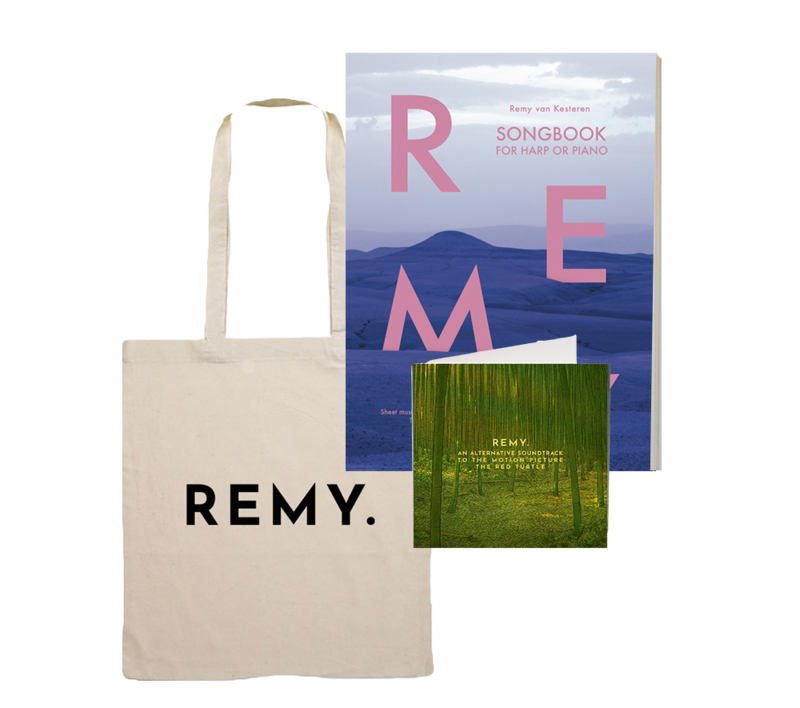 Package contains:
- CD 'an alternative soundtrack to the motion picture The Red Turtle'
- Cotton tote bag with logo in black printed on one side
- Songbook

We created special packages as a unique and fun gift to yourself or friends/family for the upcoming Holidays.

Remy van Kesteren released his own unique soundtrack for Oscar-nominated movie ‘The Red Turtle’. The movie was released back in 2016, and was very well received with an Oscar nomination for ‘Best Animated Feature Film of the Year’ and winning the 'Un Certain Regard - Special Jury Prize' at Filmfestival de Cannes. The film was directed by Dutch animator, director and illustrator Michael Dudok de Wit, who also won an Academy Award for Best Animated Short Film for ‘Father and Daughter’ (2000). Michael Dudok De Wit made the artwork and wrote liner notes for this special release.

These pre-orders will be shipped out from the 24th of November.